The October 2013 release dispenses with the long localization times that have traditionally gone hand-in-hand with the Pokemon series. CEO of The Pokémon Company Tsunekazu Ishihara had this statement to make: "The worldwide launch of Pokémon X and Pokémon Y this October allows players to begin their adventures at the same time. Now, Pokémon fans across the globe can discover the secrets of Pokémon games and can collect, battle, and trade with each other immediately."

Series director Junichi Masuda, meanwhile, said: "We brought Pokémon into an entirely new dimension and we’re incredibly excited to bring Pokémon X and Pokémon Y to fans. The stunning visuals, a completely redesigned environment, game scenario, music, and communication features will bring smiles to the faces of video game players around the world.

The new Region in Pokémon X and Y is called the Kalos Region. It's based off of the real world country France. Kalos is so large that its Pokédex is split into three regions, Coastal Kalos, Central Kalos, and Mountain Kalos. 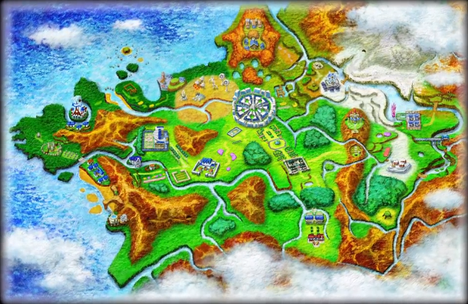 There are a ton of screenshots for the new Locations and Gyms. See each page for more information. It also looks as if the new hometown in Kalos is called Vaniville Town in the Japanese version. 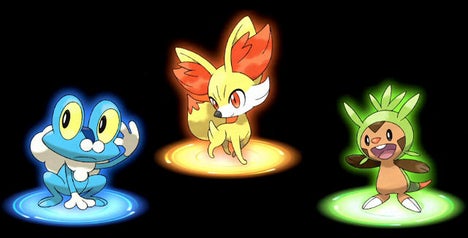 Other than the Starter and Legendary Pokémon, there are still many Pokémon that have been revealed, including Mega Pokemon