Hitman: Contracts delivers more action-packed and suspense-filled missions, with a greater variety of ways to make the perfect kill and an increased arsenal of firearms and close-combat weapons. A new graphics engine showcases your "work" in brutal detail and brings the new locations to life. An improved control system and more gradual learning curve will ensure that the game is accessible to all aspiring hitmen.

Hitman: Contracts takes you into the mind of Agent 47, the most ruthlessly efficient contract killer in history. The game begins in Paris as Agent 47 finds himself wounded and trapped in what is a dangerous situation, even for him. Hitman: Contracts explores the dark psychology of killing for a living and promises to be the most disturbing episode in the series.

Hitman 2: Silent Assassin is the sequel to the PC's popular Hitman: Codename 47. Once again, enter the mind of the Hitman, a for-hire assassin who is trying to distance himself from his violent past and discover his true identity. Eventually, you find yourself tricked into returning to your trade by a twisted Russian crime boss bent on assisting rogue countries for his own personal and financial gain. You soon realize that you're caught in the middle of a ring of deception and discover that you have become a target yourself--of a highly trained ex-Spetsnaz assassin. Utilize stealth, tact and survival instincts to complete your missions. Plan your hits carefully and think to survive.

Hitman: Blood Money
Agent 47 is back and this time he's paid in cold, hard cash. How the money is spent will affect his passage through the game and the weapons at his disposal, resulting in a unique gameplay experience for each player. Powered by a new version of IO-Interactive's stunning Glacier engine, Hitman: Blood Money will deliver the most brutal and realistic simulation of the life of a merciless assassin.

In Hitman: Blood Money, Agent 47 finds himself in the midst of a war between two rival contract agencies. When assassins from his contract agency, the ICA, are systematically eliminated in a series of hits, it seems a larger, more powerful agency has entered the fray. Suddenly, Agent 47 loses contact with the ICA. Sensing that he may be the next target, he travels to America where he attempts to carry on with business as usual. 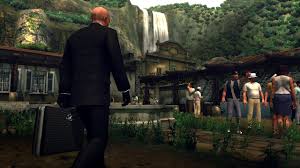 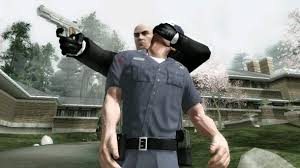